The direct link for the new school website is: https://www.christtheword.co.uk

This page will bring news about the proposed development at the site of Ysgol Mair and Blessed Edward Jones Schools.

Proposal for a new 3-16 Catholic School in Rhyl 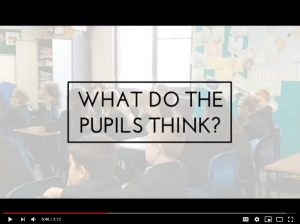 The name of the new Denbighshire Catholic school being built in Rhyl has been given by Bishop Peter as – ‘Christ the Word Catholic School’.

The project is funded in partnership by Denbighshire County Council and the Welsh Government through it’s 21st Century schools programme. 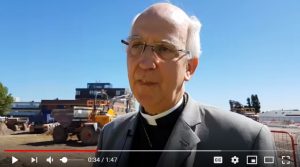 Bishop Peter said “This will be a vanguard school for the Catholic Church and for the county of Denbighshire… It will provide not only education, but those other opportunities that a school in the 21st century and the Church seek to provide, and be part of the whole community.”

Commenting on the name of the school, Bishop Peter added “The name focuses our attention that Christ is at the very heart of all catholic education, the life that gives and the opportunities that education will give to our young people in making them whole people for the world in which they are to live their lives’.

There are only two Catholic Schools in Denbighshire, Ysgol Mair Catholic Primary and Blessed Edward Jones Catholic High School. Parents have the right (and duty) to make the best choices for their child’s future by choosing a school. However, the church reminds Catholics, that a huge effort goes into Catholic education. Our Sunday collections help to fund these schools and the infrastructure for Catholic education. Therefore it has always been seen as a duty for Catholics to support our schools as much as possible. The new £24 million, Christ the Word Catholic School, which opened in September 2019, makes this choice easy, as it will clearly be the best choice for Catholics wishing to bring up their children in a Catholic faith school. 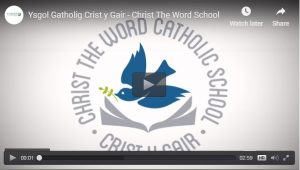 The latest news will always be at the top!

Below are some bittersweet images, We now have a wonderful brand new school but this means our children are now saying goodbye to the old schools… (click on the images to expand them) 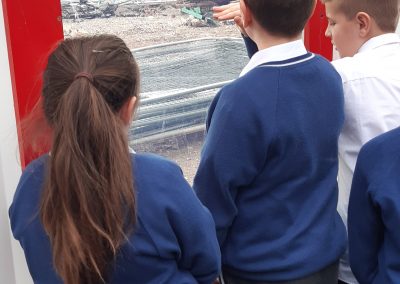 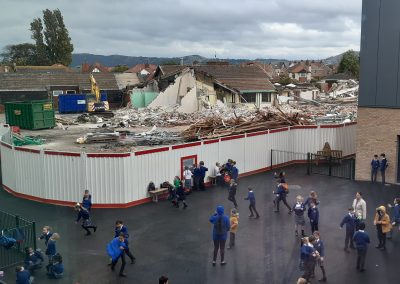 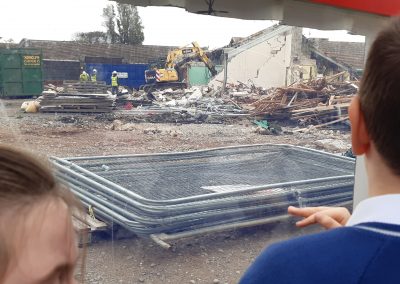 There is an interesting “fly-through” of the new school building on the Daily Post Website (link below)
http://www.dailypost.co.uk/news/north-wales-news/fly-through-video-new-rhyl-13885192

You can read the statutory notice here:

If you have an objection, please write to Karen Evans, Head of Education and Children’s Services, Denbighshire County Council, PO Box 62, Ruthin, Denbighshire, LL15 9AZ. Alternatively, you can send an email to modernisingeducation@denbighshire.gov.uk

The Formal Consultation Report regarding the proposal for Denbighshire County Council to close St. Mary’s Catholic Primary school (Ysgol Mair) and Blessed Edward Jones Catholic High school on the 31st August 2019; and the Diocese of Wrexham to establish a new 3-16 Catholic school on the existing site from the 1st September 2019, is now available on our website.

This report summarises the responses to the recent consultation on the above proposal and the responses from Denbighshire County Council and the Diocese of Wrexham. You can find the report by clicking on the link below:

Thanks to all those of you who turned out in large numbers last week at the Town Hall. Governors and staff from catholic schoolsas far away as Bangor, pupils, parishioners, councillors, priests, parents and friends. Clearly all are completely united behind this new School project and wish to put it in place for September 2019.The evening showed that excitement and enthusiasm are growing fast.

Bishop Peter found his fellow bishops highly impressed with the £24 million pound budget for the school, considerably more than they would normally expect. Playing fields on Ffordd Derwen will include a state of the art running track, open to outside groups with a stadium for audiences. Such tracks have been generally lacking in Denbighshire. Experience has shown that these 3-16yr schools perform well.

Building advice is clear that the new school can be built alongside the current schools without limiting current school operations or performance. Governors must, obviously by law, make a list of priorities for pupil admissions to the new school. The school will be open to all who wish a Catholic education, with preference for Catholics and people of faith from the wide catchment area the school refers to.

On 7th March 2017 from 5.30 pm there will be a meeting in Rhyl Town Hall. Bishop Peter and members of Denbighshire County Council (DCC) will be speaking. This is an ideal opportunity for parishioners to engage in the development process and share views or concerns before actually responding to the consultation. Please attend if you can to show DCC how much the new school is needed and how popular it will be.

Denbighshire County Council’s Cabinet of elected members and the Diocese of Wrexham have recently approved a consultation regarding the following proposal;

Denbighshire County Council to close St. Mary’s Catholic Primary School (Ysgol Mair) and Blessed Edward Jones Catholic High school on the 31st August 2019; and the Diocese of Wrexham to establish a new 3-16 Catholic School on the existing site from the 1st September 2019.

We are now ready to carry out the consultation into the Proposal.  This will involve consulting with the parents of pupils at St. Mary’s Catholic Primary School (Ysgol Mair) and Blessed Edward Jones Catholic High school , members of staff at the schools, other relevant schools, neighbouring authorities, local councillors, constituency and regional AM’s, MP’s and other interested stakeholders.

We have prepared a consultation document which sets out the background to and an explanation of the Proposals:

(opens in a new tab)

DCC Cabinet has agreed to consult on catholic school consultation

Members of Denbighshire’s Cabinet have today (Tuesday 24th Jan) agreed for the Council to consult on proposals to create a brand new £23.8 million Catholic school in Rhyl, to replace the existing provision in the town.

This follows the agreement between the Diocese of Wrexham and Denbighshire County Council to progress an exciting new proposal – the proposed development of a brand new 3-16 Catholic school in the town of Rhyl. This would be progressed as part of the 2st Century Schools and Education Programme to be delivered in partnership with the Welsh Government.

The formal consultation will now take place from 14th Feb until 27th March 2017.

Councillor Eryl Williams, Denbighshire’s Cabinet Lead Member for Education said, “I’m delighted that the Cabinet has agreed for the consultation to go-ahead.  There have been very positive discussions with the Diocese of Wrexham and the schools to deliver this exciting project that would transform Catholic education for pupils in the Rhyl area.